Today I started writing this blog-post after testing Powerset, using human questions about Macedonia (a well-known SEMANTIC dispute between Greece and another Balkan state). After all, the infamous «naming dispute» between Greece and the Former Yugoslav Republic of Macedonia is -to a large extent- a SEMANTIC DISPUTE.

I am a registered beta-tester of the Powerset Semantic Search Engine (www.powerset.com) , where one can ask human questions and get (more-or-less) human answers, based on Natural Language Processing (NLP) from a Knowledge-Base that uses Wikipedia.

This morning, Andreas Blumauer, an Austrian blogger working for a Semantic Web Company in Vienna, published a post titled «Natural language search – a new breakthrough?». After reading Andreas’ post I also tested www.ask.com, another natural language search engine, open to anyone, not just beta-testers. Here are the questions and some of the results:

Question 1: What is Macedonia?

Question 2: Who are the Macedonians?

Question 1: «Macedonia» can mean a «geographic region», OR a sovereign state (F.Y.R.O.M), OR a large province of another sovereign State (Greece), OR an an ethnic identity (of Macedonian Slavs) OR another (very different) ethnic identity (of Greeks from Greek Macedonia), OR an Ancient Empire (of Alexander the Great), etc. 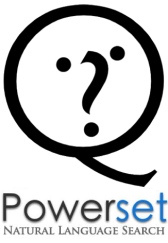 (click on these images to explore the new Semantic Web sites)

(video-introduction to the Semantic Web Search by True Knowledge, UK)