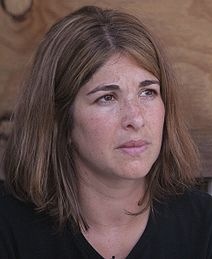 In February 1993, Canada was in the midst of financial catastrophe, or so one
would have concluded by reading the newspapers and watching TV.

«Debt Crisis Looms,» screamed a banner front-page headline in the national newspaper, the Globe and Mail. A major national television special reported that «economists are predicting that sometime in the next year, maybe two years,  the deputy minister of finance is going to walk into cabinet and announce  that Canada’s credit has run out… Our lives will change dramatically.»

The phrase «debt wall» suddenly entered the vocabulary. What it meant was that,  although life seemed comfortable and peaceful now, Canada was spending so far  beyond its means that, very soon, powerful Wall Street firms like Moody’s and  Standard and Poor’s would downgrade our national credit rating from its perfect  Triple A status to something much lower. When that happened, hypermobile investors,  liberated by the new rules of globalization and free trade, would simply pull their  money from Canada and take it somewhere safer. The only solution, we were told, was  to radically cut spending on such programs as unemployment insurance and health care.

Sure enough, the governing Liberal Party did just that, despite having just been  elected on a platform of job creation (Canada’s version of «voodoo politics»).

Two years after the deficit hysteria peaked, the investigative journalist  Linda McQuaig definitively exposed that a sense of crisis had been carefully  stoked and manipulated by a handful of think tanks funded by the largest banks and corporations in Canada, particularly the C. D. Howe Institute and  the Fraser Institute (which Milton Friedman had always actively and strongly  supported).[15]

Canada did have a deficit problem, but it wasn’t caused by spending on unemployment  insurance and other social programs. According to Statistics Canada, it was  caused by high interest rates, which exploded the worth of the debt much as the  Volcker Shock had ballooned the developing world’s debt in the eighties.

McQuaig went to Moody’s Wall Street head office and spoke with Vincent Truglia,  the senior analyst in charge of issuing Canada’s credit rating. He told her  something remarkable: that he had come under constant pressure from Canadian  corporate executives and bankers to issue damning reports about the country’s  finances, something he refused to do because he considered Canada an excellent,  stable investment. «It’s the only country that I handle where, usually, nationals  from that country want the country downgraded even more —on a regular basis. They  think it’s rated  too highly.» He said he was used to getting calls from country  representatives telling him he had issued too low a rating. «But Canadians usually,  if anything, disparage their country far more than foreigners do.»

That’s because, for the Canadian financial community, the «deficit crisis» was  a critical weapon in a pitched political battle. At the time Truglia was getting those strange calls, a major campaign was afoot to push the government to lower taxes  by cutting spending on social programs such as health and education. Since these  programs are supported by an overwhelming majority of Canadians, the only way the  cuts could be justified was if the alternative was national economic collapse —  a full-blown crisis. The fact that Moody’s kept giving Canada the highest possible  bond rating—the equivalent of an A++— was making it extremely difficult to maintain
the apocalyptic mood.

Investors, meanwhile, were getting confused by the mixed messages: Moody’s was  upbeat about Canada, but the Canadian press contantly presented the national  finances as catastrophic. Truglia got so fed up with the politicized statistics  coming out of Canada, which he felt were calling his own research into question,  that he took the extraordinary step of issuing a «special commentary» clarifying  that Canada’s spending was «not out of control,» and he even aimed some veiled  shots at the dodgy math practiced by right-wing think tanks. «Several recently  published reports have grossly exaggerated Canada’s fiscal debt position. Some  of them have double counted numbers, while others have made inappropriate  international comparisons…

These inaccurate measurements may have played a role in exaggerated evaluations  of the severity of Canada’s debt problems.» With Moody’s special report, word was  out that there was no looming «debt wall»—and Canada’s business community was not  pleased. Truglia says that when he put out the commentary, «one Canadian… from a very large financial institution in Canada called me up on the telephone screaming  at me, literally screaming at me. That was unique.»[*16]

By the time Canadians learned that the «deficit crisis» had been grossly manipulated  by the corporate-funded think tanks, it hardly mattered —the budget cuts had already been made and locked in. As a direct result, social programs for the country’s  unemployed were radically eroded and have never recovered, despite many subsequent  surplus budgets. The crisis strategy was  used again and again in this period.

In September 1995, a video was leaked to the Canadian press of John Snobelen, Ontario’s  minister of education, telling a closed-door meeting of civil servants that before cuts  to education and other unpopular reforms could be announced, a climate of panic needed  to be created by leaking information that painted a more dire picture than he «would be  inclined to talk about.» He called it «creating a useful crisis.»[17]

____________
(*)NOTE: It must be said that Truglia is a rarity on Wall Street—bond and credit ratings are often influenced by political pressure, and are used to  increase the pressure to enact «market reforms.»